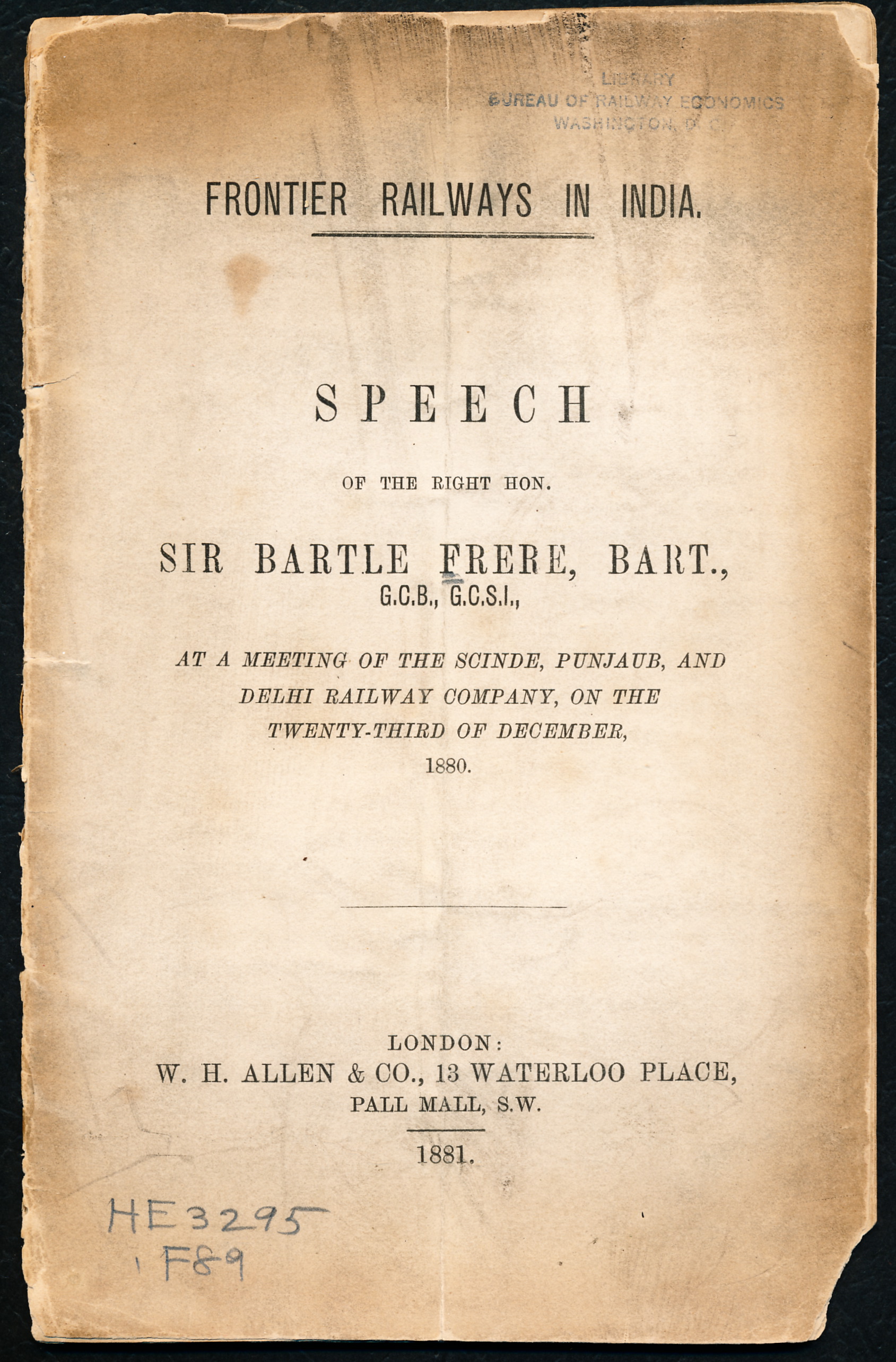 Frontier Railways in India. Speech of the Right Hon. Sir Bartle Frere, Bart. G.C.B., G.C.S.J. At a Meeting of the Scinde, Punjab, and Delhi Railway Company, on the Twenty-Third of December, 1880.

ANANGA RANGA. Stage of the Bodiless One. The Hindu Art of Love. And Pharmacopeia "Ars Amoris Indica" by H.S. Gabers and S. Rama.

By: Mazumdar, Shudha. Edited with an introduction by Geraldine Forbes.

Octavo, white cloth covers, xviii + 229. Originally published as The Pattern of Life in 1977. Dust jacket price clipped, else near Fine. 092108B. "it was a time of upheaval for India--the period between 1900 and the early 1930s--the nationalist movement had become a mass movement; the British colonial power doled out representative institutions; and proponents of India's two major religions, Hinduism and Islam, had become competitors in newly created political institutions. "
View More...

VISIT INDIA WITH ME

AN INTRODUCTION TO COLLOQUIAL BENGALI

xii + 195 pages, octavo. James G. Forlong Fund, Vol. XIII. Cover corners bumped, some rubbing on front cover, Good. "In this book no Bengali characters have been used. Everything has been written in the phonetic script of the International Phonetic Association according to the actual pronunciation and without regard to the sometimes very unphonetic Bengali orthography," 041407A
View More...

THE SCENT OF INDIA

London: Olive Press , (1984). first thus. softcover. Very Good. Softcover, trade paperback, 96 pages. Translated by David Price. "... the diary of a visit to India with fellow-writers Alberto Moravia and Elsa Morante in 1961. An incredibly compressed statement of the imagination, it describes Pasolini's restless inner voyage towards a civilisation which he finds both repellant and fascinating." 061508A
View More...